Food plays an important role in Filipino culture and thus, in our media. In this article, we look back at some of the top restaurants that have been featured in Pinoy movies and how to visit them.

Why We Love Seeing Restaurants in Media

From the titular bar in Cheers to MacLaren’s in How I Met Your Mother, many famous TV series and movies have had fictional restaurants as a central or pivotal part of their storytelling. There really is something about food that brings out the best in our favorite characters.

It’s even better when these fictional restaurants have real-world counterparts that you can visit! The real-life Katz’s Delicatessen from When Harry Met Sally has a little marked booth where the original movie couple sat and filmed their iconic scene. Meanwhile, replicas of Friends’ famous hangout Central Perk have popped up all over the world.

As a culture that absolutely loves food, it’s no surprise that restaurants also have a significant presence in Filipino media. In this article, we look back at some of the top restaurants that have been featured in Pinoy movies and how to visit them. 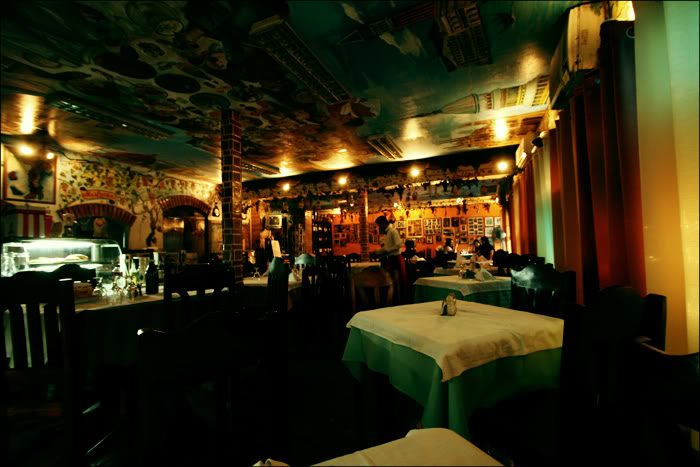 Bellini’s Italian Restaurant is one of the highlights of the eclectic Cubao X. It’s become a go-to for Italian culture and food in the Metro since Italian paparazzo Roberto Bellini with his wife Luisa founded it in 1999. And the place definitely commits to the theme, with its 3D Italian-themed art and bottle after bottle of Italian wine on every shelf.

For lovers of local cinema, Bellini’s is best known as the site of the confrontation in One More Chance, where Popoy (John Lloyd Cruz) confronts Basha (Bea Alonzo) over seemingly moving on from him after just a few weeks. It’s also where a lot of people got to learn about the unspoken three-month rule of relationships. 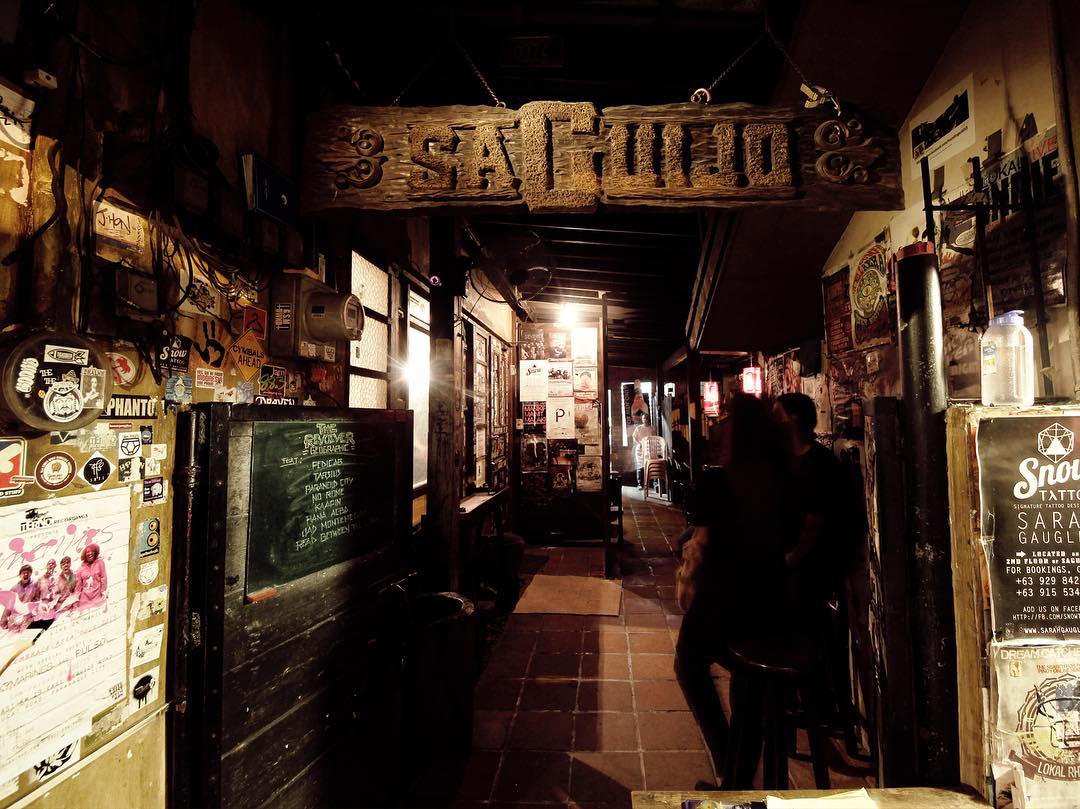 A staple of Makati nightlife and the OPM scene, saGuijo has always been a hotspot of memories. Album launches, celebrity sightings, legendary gigs, and the rise of new talent—saGuijo has seen it all.

If you’ve seen the 2012 indie classic Ang Nawawala by Direk Marie Jamora, you’ll also recognize it as the backdrop of more than a few scenes in the film. Given that the film is a love letter to the OPM scene and that Jamora herself is linked intimately to the music industry, it’s no surprise that saGuijo was featured.

The bar is currently closed due to the COVID-19 pandemic. However, as we return to a culture of gigs and events, we can expect this iconic venue to open its doors once more to music lovers all over the Metro. 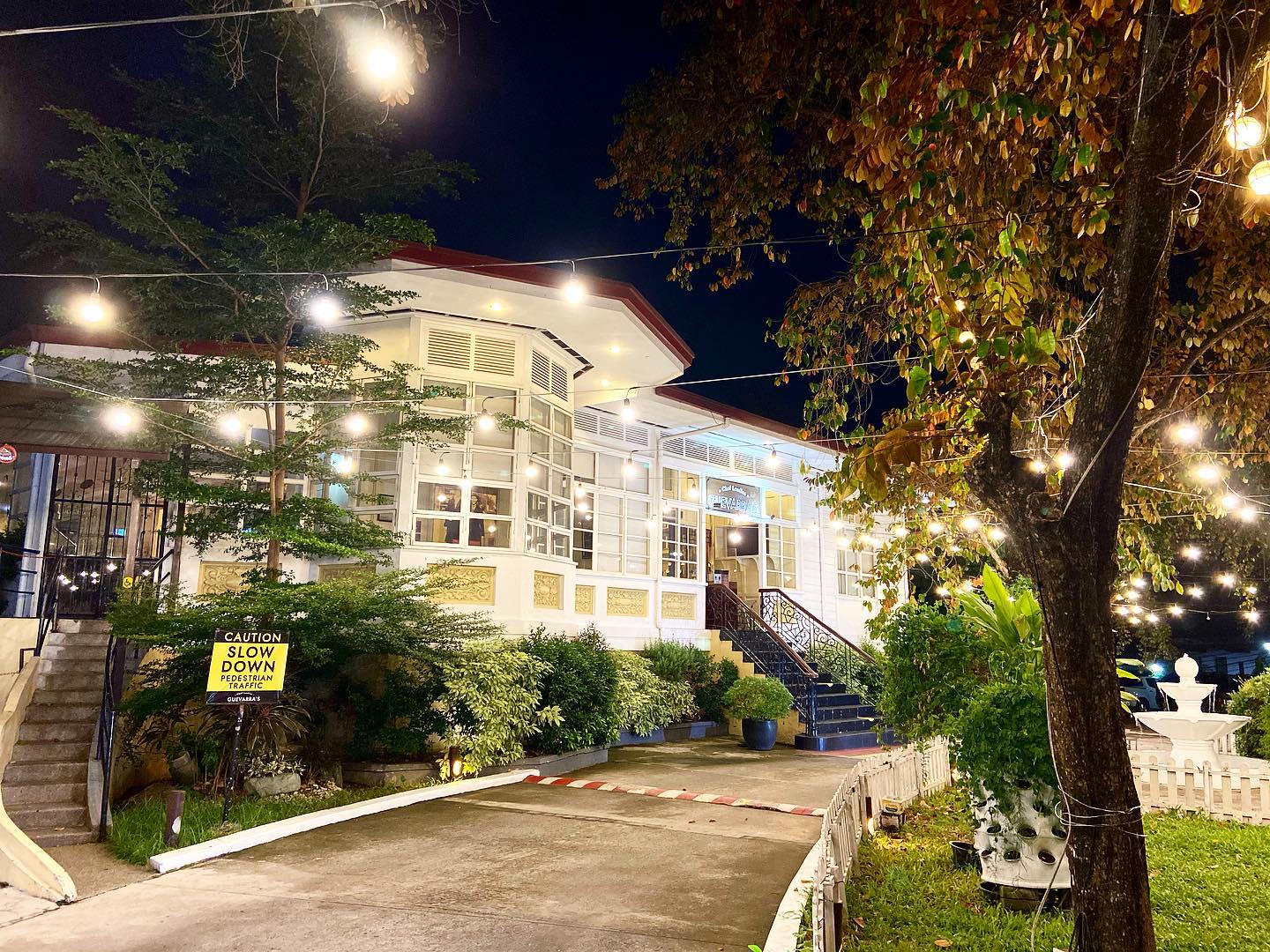 With its relaxed atmosphere and gorgeous outdoor ambiance, Guevarra’s by Chef Laudico radiates a romantic mood. The restaurant itself is actually a 1920s heritage house converted into a restaurant, which lends a homey vibe to every meal. It serves a delicious mix of Filipino-Spanish fusion cuisine in the form of an all-you-can-eat buffet, so you’ll always walk away satisfied.

Guevarra’s was also the location for some scenes in the 2014 Olivia M. Lamasan dramedy Starting Over Again. Piolo Pascual and Toni Gonzaga portray a former couple who encounter each other years after they’d broken up. In the film, Ginny (Gonzaga) is an architect whose firm receives an offer from Marco (Pascual) to restore an old home and transform it into a restaurant. Guevarra’s acts as the stand-in for Marco’s restaurant. 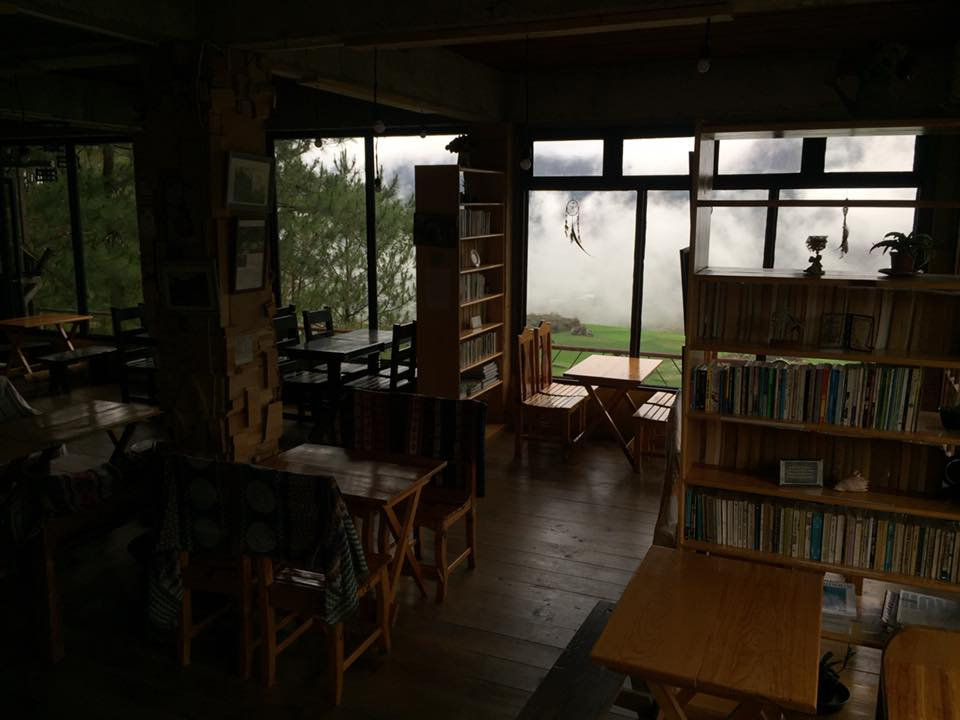 Critics heralded hugot masterpiece That Thing Called Tadhana for how it made Baguio and Sagada central characters just as much as the human protagonists.

One of the destinations that Mace (Angelica Panganiban) and Anthony (JM de Guzman) visited was a cafe in Sagada. Here, the two shared a meal against the resplendent background of the Kapay-Aw Rice Terraces and Ambasing Valley. It was undoubtedly one of the most romantic scenes in the whole movie, and the setting played a significant role in that!

In real life, the scene was shot at Gaia Café and Crafts, a tiny community-driven establishment that serves delicious local organic food made with all-natural ingredients, as well as coffee made with local beans. The establishment aims for totally zero-waste operations, too, as part of its commitment to developing a closer relationship with nature.

True to its name, Gaia Cafe and Crafts also sells local handicrafts such as fabric items woven with back-looms, and ointments, and other products created by local artisans.

From Screen to Table

Lovers of both food and cinema will certainly find plenty of joy in visiting a restaurant from their favorite show or film. Of course, though the initial novelty of it will attract them, what will keep them coming back is a good menu and customer experience.

If you’re looking to capitalize on your restaurant’s filmic status, or if you want to create a themed restaurant inspired by a famous movie or show, you’ll need more than just marketing! It’s important to track whether customers are actually ordering your special movie-inspired items or if they’re just one-off novelties.