Imagine yourself on one of the Philippines’ beautiful beaches. The sky is blue and clear, the wind blowing as the leaves rustle, and the bright sun beaming down. As the sun sets illuminating the beach with its golden light, you can’t help appreciating the beautiful, but hot day.

You reach to grab a cold beer, and as you sip, you feel as if you’re in paradise.

A cold beer on a hot day is a pleasure many Filipinos indulge in. When we think of a fun day at the beach, it’s easy to imagine yourself holding a bottle of beer, the iconic San Miguel Pale Pilsen.

In recent years, however, there has been a rise in the popularity of craft beers. Unlike commercial beers, craft beers have their own special appeal. As Forrest Gump might say, they’re “like a box of chocolates—you never know what you’re gonna get.”

But before we talk about the best craft beer and a few honorable mentions, let’s first have a quick recap of what craft beer is and how it’s different from commercial beers.

A Brief History of Craft Beer

Technically, craft beer has always existed. One of the earliest breweries dates back to the year 1074 in Belgium. However, after a few hundred years of small breweries creating small batches of beer, the commercialisation of beer began in Europe, Asia, and America. 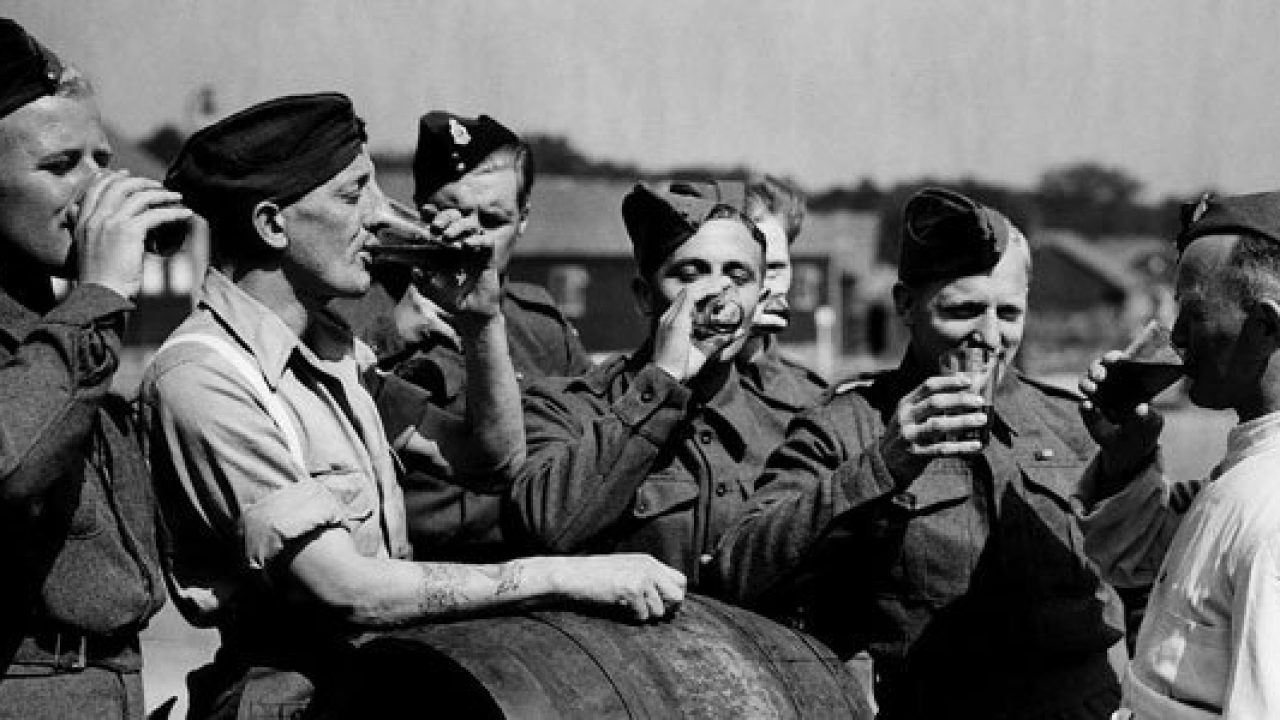 Commercial breweries in America during World War II often struggled, especially as hop growing became limited due to production demands by other industries, like the military. On top of that, laws were passed after Prohibition preventing large corporations from owning more than three beverage plants.

These events caused many of those early breweries to change their model, becoming small-scale producers once again. Since they had to scale back their operations, some turned into what we know today as craft beer.

Most importantly though, President Jimmy Carter legalized home brewing back in the 1970s. Now, anyone could make beer in their own home. Many attribute this moment in history to being one that seriously revamped the beer industry as a whole. Eventually, there was an explosion of microbreweries in the 1980s and 1990s in North America and other countries as well as more people began to experiment with different styles of beer.

Today, craft beer is enjoyed all over the world from the sunny beaches of the Philippines to snowy peaks of Canada.

Craft beer is a refreshing alternative to the traditional brews that have been available for decades. It’s typically brewed by small breweries using natural ingredients in an artisanal manner, which means each beer has a unique and often more complex taste.

With the Philippines being abundant in its selection of flavors from various fruits, herbs, and spices, you can expect the local craft beer to showcase Filipino flavors. 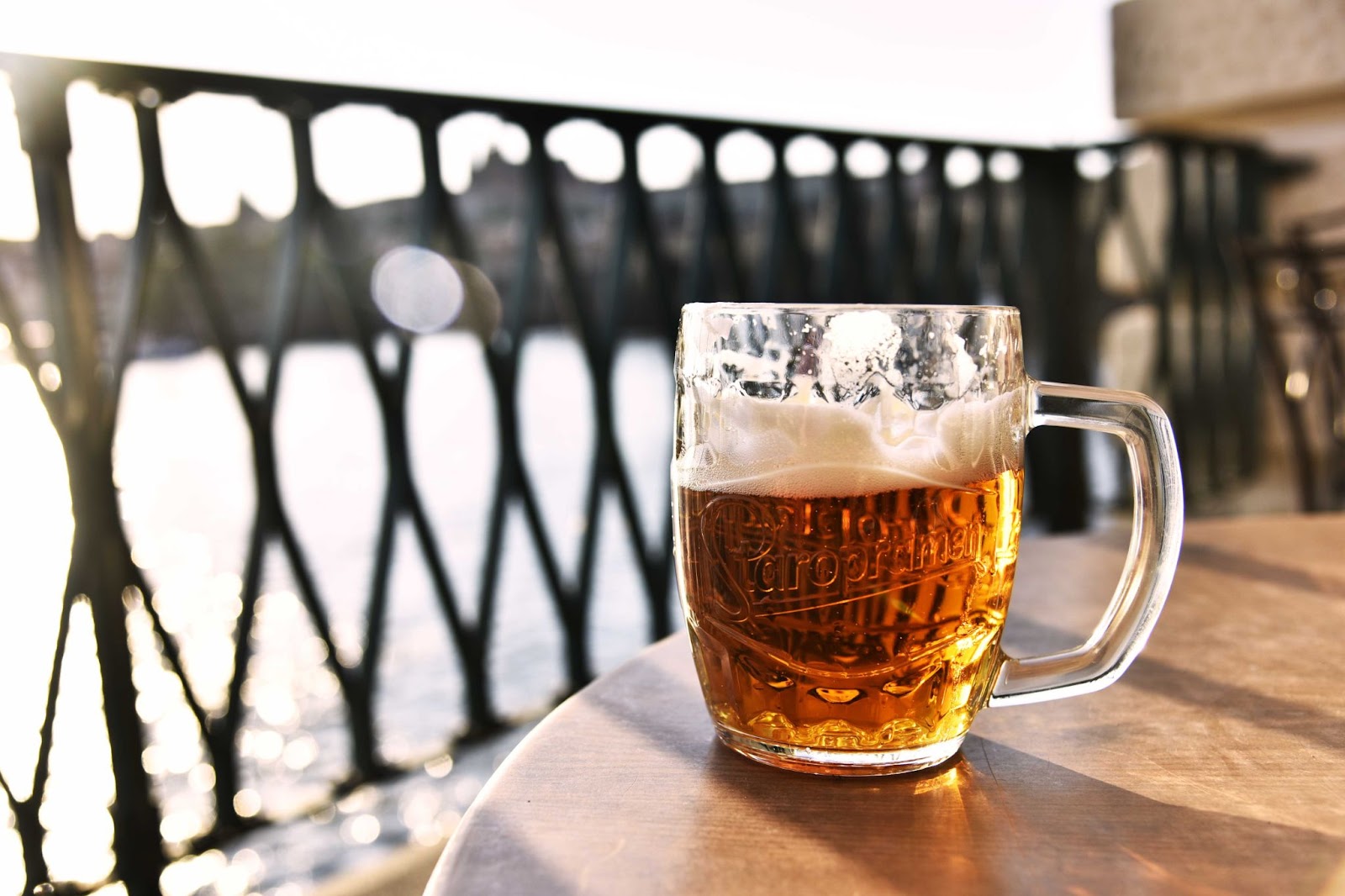 Craft beers are typically made in small batches in a variety of beer styles. It can be anything from a light Czech-style lager to a tart Belgian-style sour, but the key focus is that the beer is often produced in small batches and not on a commercial production line.

A popular one that almost every microbrewery has on tap is your typical ale. Ales have a more hazy appearance and are served to patrons fresh from the keg—not sitting in a can for months as a commercial beer would. This makes its flavors fuller, deeper and richer.

Since craft beers are artisanal, brewers also make use of better quality and locally available ingredients. Commercial breweries are now starting to experiment and offer more styles of beers, but they are not nearly as varied as craft beer.

If you’re new to craft beers, there’s a wide selection of local brewers to choose from. And the Philippines is full of fantastic breweries all over the country. A lot of these breweries are also restaurants, so if you enjoy having something to munch on while you drink, then you’re in for a treat.

Before we hit our number one spot, here are a few honorable mentions. 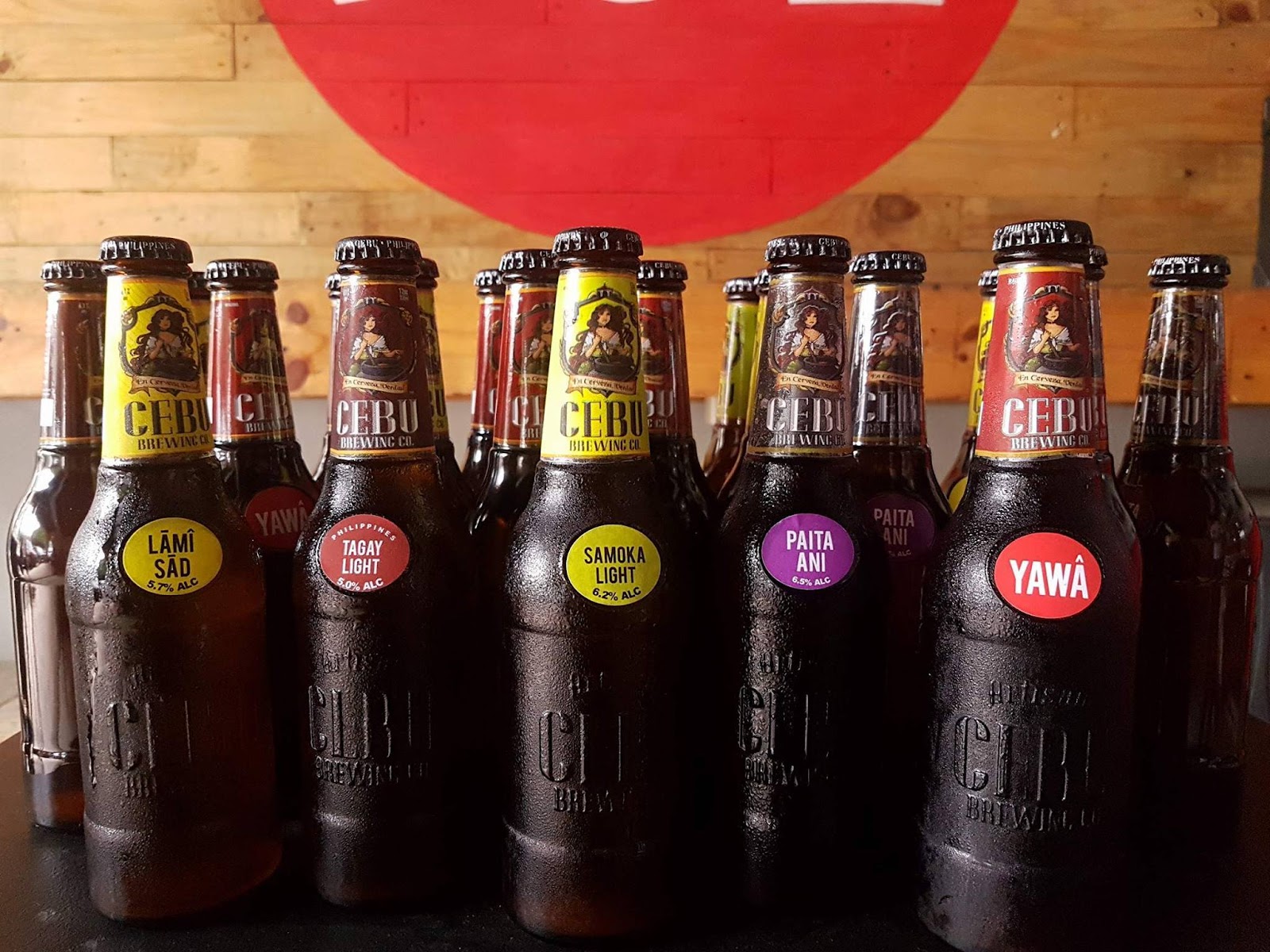 This nano-brewery was started back in 2013 as a small, single-barrel home brewery. Over the years they’ve grown and now distribute their brews to local resorts, restaurants, and anyone who wants fresh beer on tap.

They’ve even gone on to launch their craft sodas, Loompie, with a variety of tropical flavors. Their mango fruit beer is a popular one if you’re looking for that perfect blend of sweet and refreshing. 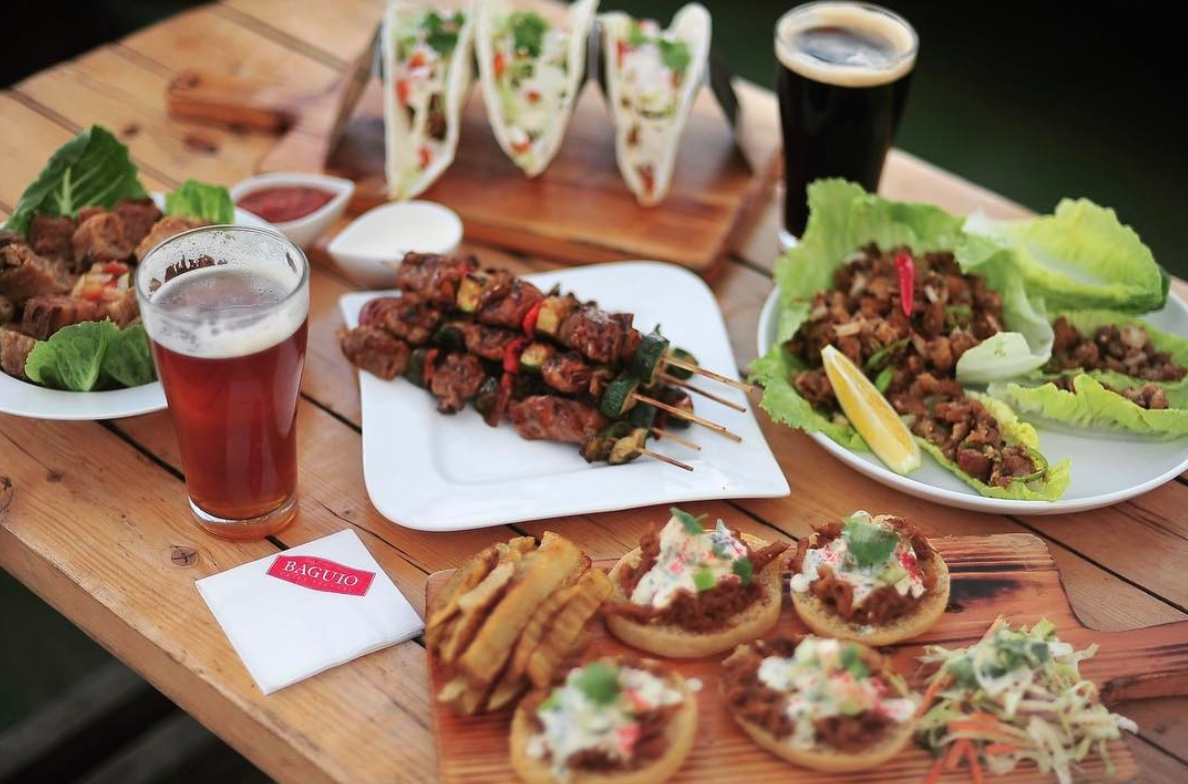 This brewery was established within the pine tree-covered mountains in 2014 and is most recognized for its fruity, strawberry beer. If you don’t know, Baguio is famous for its strawberries, typically eaten freshly picked or used for desserts such as jams and taho syrup.

Creatively innovating the use of strawberries, Baguio Craft Brewery captures the essence of a craft beer by pushing experimentation and using fresh, local ingredients. 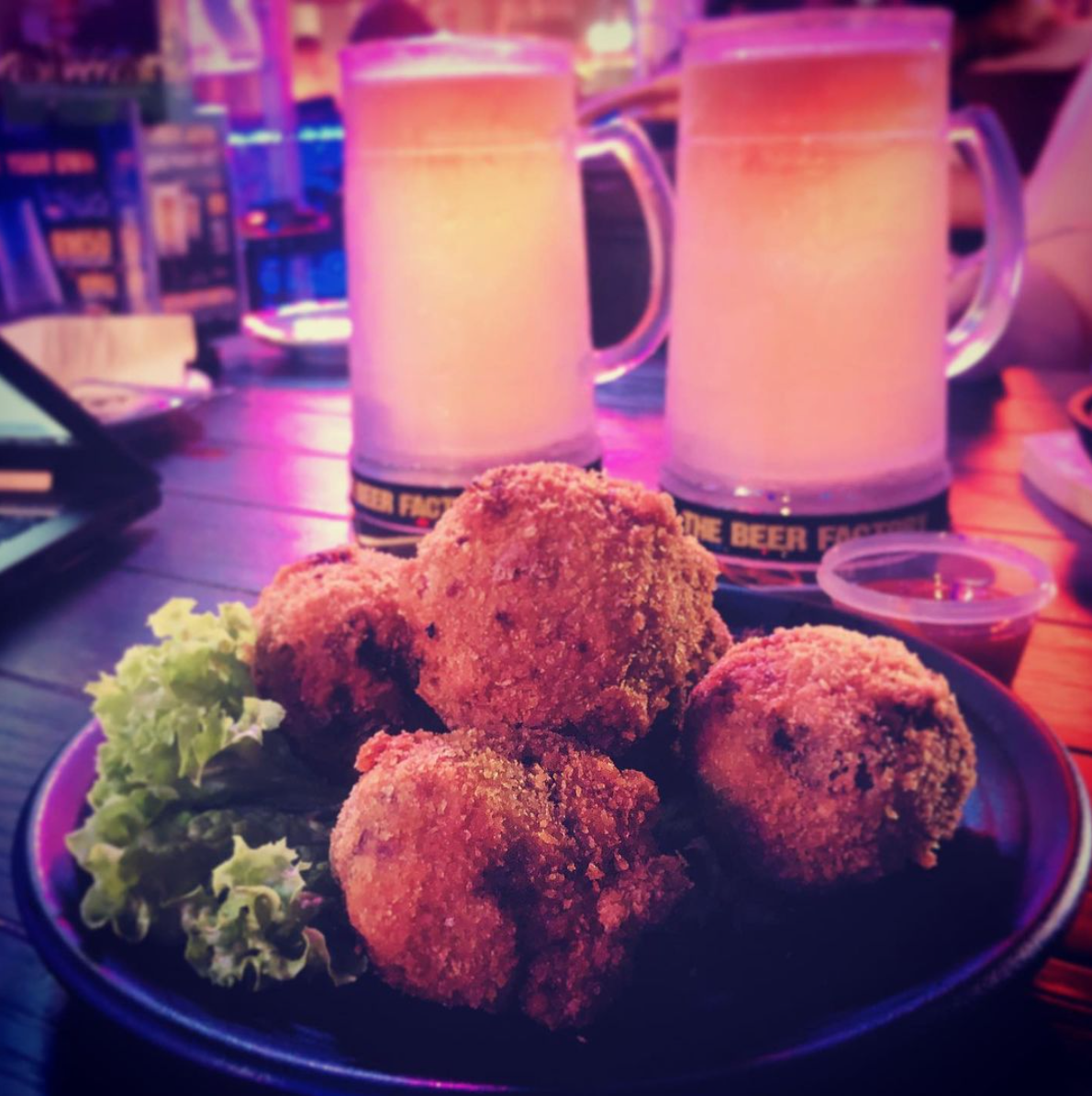 Image from The Beer Factory

If a restaurant is named The Beer Factory, then you can expect that they’re serving up some good craft beer. Their craft beers are inspired by popular Filipino superheroes such as Captain Barbell, Darna, and Panday, so you can expect drinking one of their brews to be a super delicious experience.

Good food and great beer—how can you go wrong? 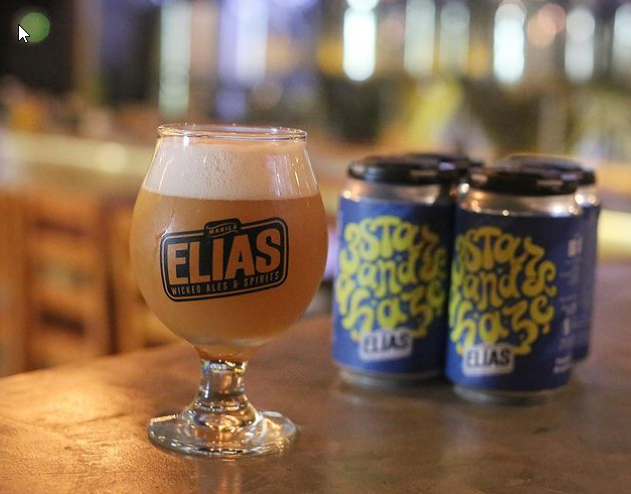 Run by head brewer, Raoul Masangcay, his mission is to bring top-tier craft beer and hard cider to Filipinos—and he’s already succeeding. While it’s tucked away and not easy to find, it’s worth it. You’ve probably already tried them at one of the local beer festivals since they’re a regular favorite.

Their American IPA is light, refreshing, hoppy and even won the bronze award at the Asia Beer Championship in 2021. Not to mention, it pairs fantastically with their juicy burgers and disco lumpia. We’re keeping an eye on them as they continue to dominate the local craft beer scene. 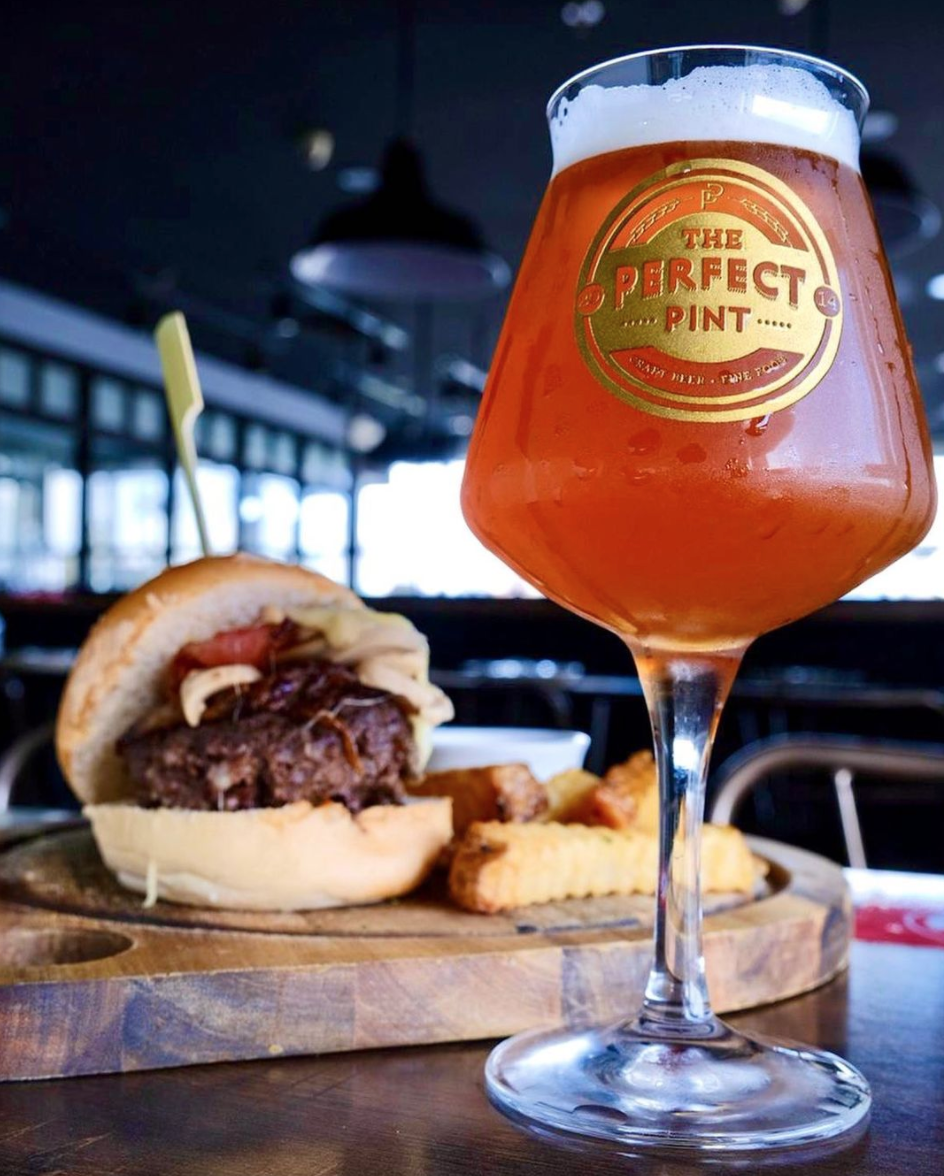 Image from The Perfect Pint

A name that perfectly captures a glass of their tasty ales. Apart from their selection of artisanal craft brews, they also serve delicious food that pairs perfectly with your drink.

Try having one of their savory, juicy burgers with their Indian Pale Ale for that refreshing herbal and fruity taste. Is your mouth watering yet?

The #1 Best Craft Beer in the Philippines

All the beers we’ve mentioned are amazing and probably someone else’s pick for the top spot—but now it’s time to reveal one of the best beers produced by a Filipino brewery. 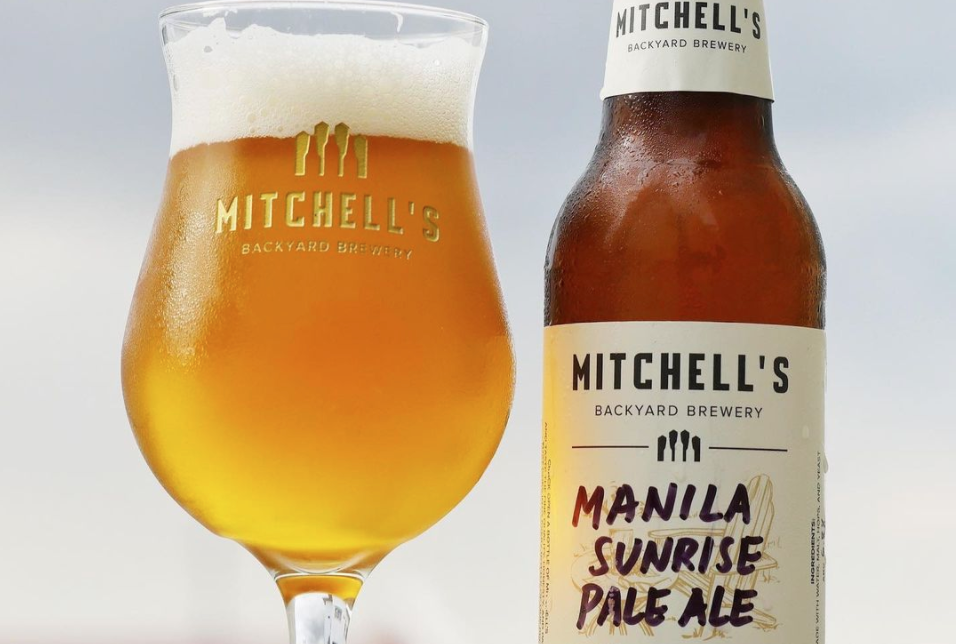 Have a taste yourself and enjoy their Manila Sunrise Pale Ale for a rich, sweet beverage perfect for any time of the day.

Have a Taste for Yourself!

Now that we’ve tackled some of the best local craft beers around, we suggest you go out and experience them yourself. Were we right? If you think we missed anything, let us know on our Facebook or Instagram and we’ll consider it for a future article!

A lot of craft beers make use of local ingredients, so you’ll taste Filipino flavors in every sip. It’s a great way to learn more about craft beers and the flavors of the Philippines.

Looking for ways to grow and improve your restaurant business? Contact us today and let’s work together to reach your goals!